LOVELACE – POETICAL SCIENCE
Ada Lovelace formed what is now recognized as the world’s first computer program in 1843 and pioneered science. As a tribute to her work curators Majken Overgaard and Stina Hasse have organized a workshop and exhibition in the exhibition space c4, which focuses on the interface between the body and technology.
The interface between the human body and technology has often been on the agenda for artists, philosophers, engineers, doctors, etc. In line with the technological development, we have become accustomed to use tools to enhance or replace our own senses and bodily functions. We have hearing aids, pacemakers and other objects implemented in our bodies and computers, phones and other screen applications to expand and enhance our sensory apparatus. The goal is often to get the interfaces to disappear, and create a user experience where technology becomes a natural extension’s body. But what happens to our bodies when we eventually merge with the technology? What happens to our sex when we linked up with often very masculine connoted technological devices?

This workshop and exhibition has the the keyboard as its starting point. The keyboard is our entry point to the computer; this is where our ideas and thoughts get transformed flow from our bodies sand get transformed into binary input and reactions on the screen. It is also the starting point for most human–computer interaction – the intersection of computer science and behavioral sciences. The workshop organized by the Spanish artist Raquel Meyers (raquelmeyers.com) working in an intersection of text, computers and graphics. Participants are female artists and creatives who have worked with technology in their practice. During the workshop brushed Commodore 64, teletext , laptops, typewriters and used to create graphics and animations

The purpose of the workshop is to find new ways of expression in these unique media environments. Although often misunderstood as limiting and difficult, these tools are often quite helpful to develop new procedures, ideas and motivations. New ideas don’t require new technologies. Sometimes it’s even easier to be progressive with old tools.

The workshop and exhibition is supported by the Danish Art Council.
1st-9th November 2014 / c4 projects (Copenhagen)

c4 is an experimental exhibition space that emphasizes an investigative approach to art , curating and dissemination. c4 presents contemporary high quality visibility to younger artists from both Denmark and abroad. The exhibition serves as input to the arts and social debate.www.c4projects.dk

Secretary. Part 1 & 2. / Raquel Meyers
A Type In performance with typewriter and Commodore 64 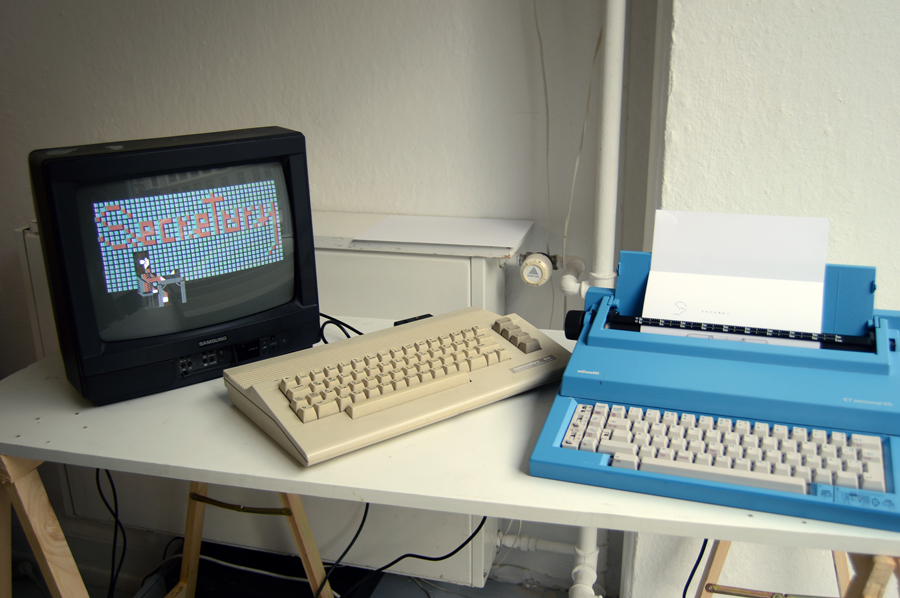 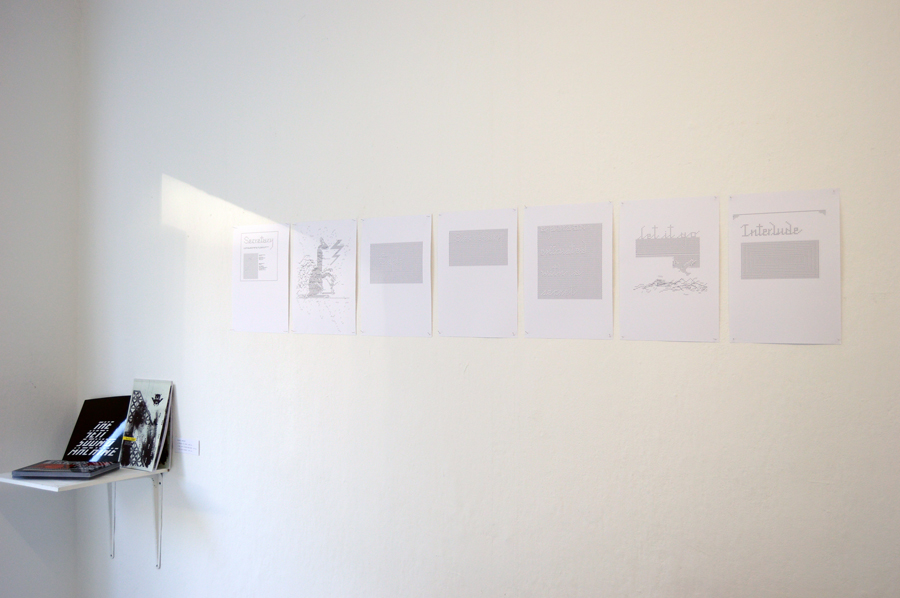 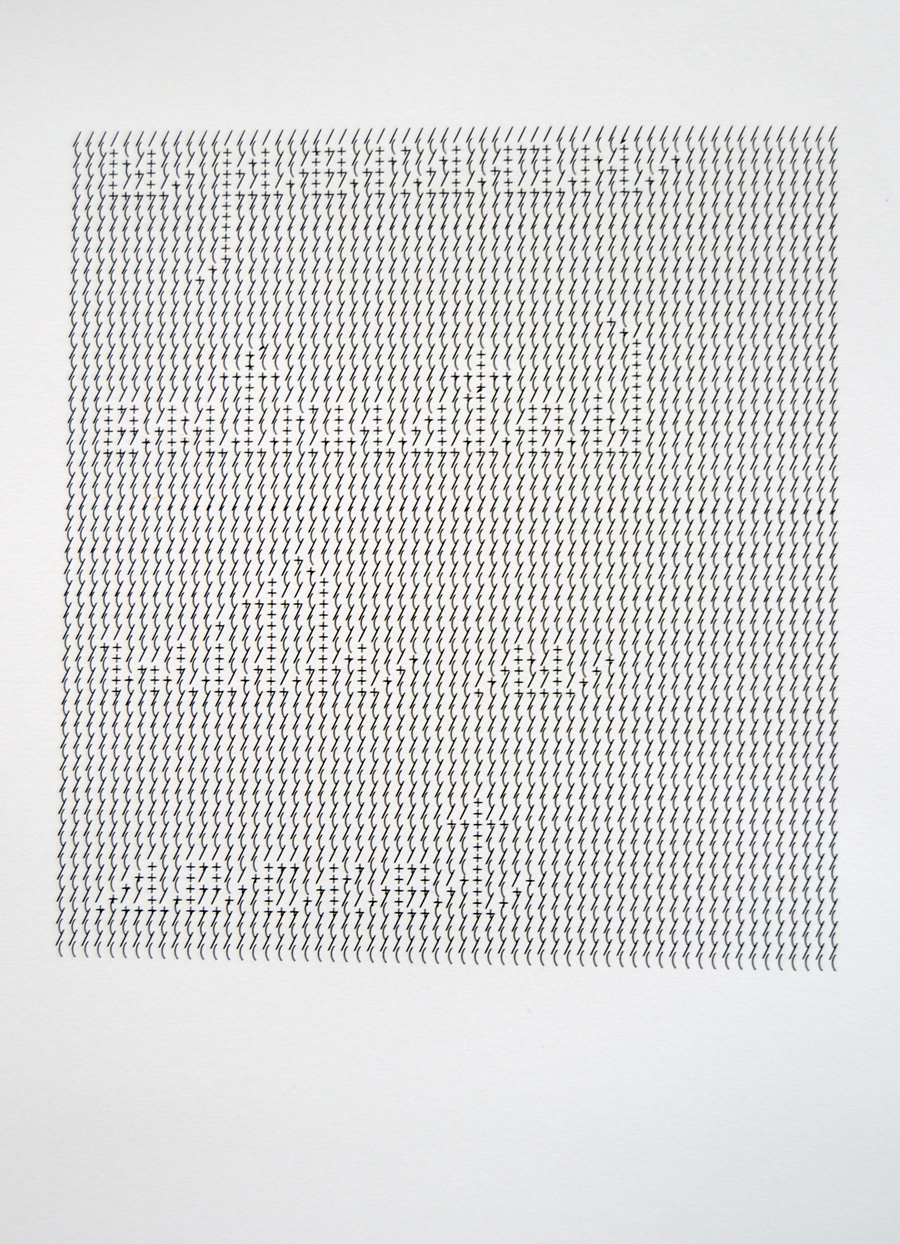 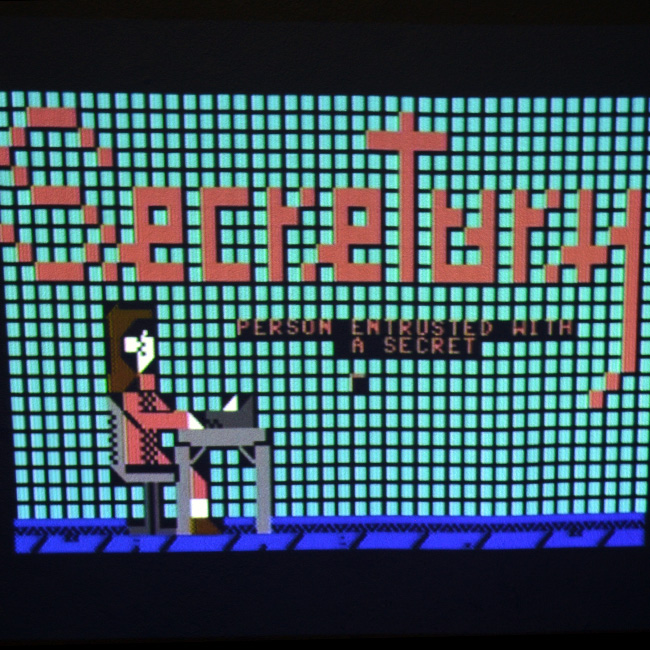 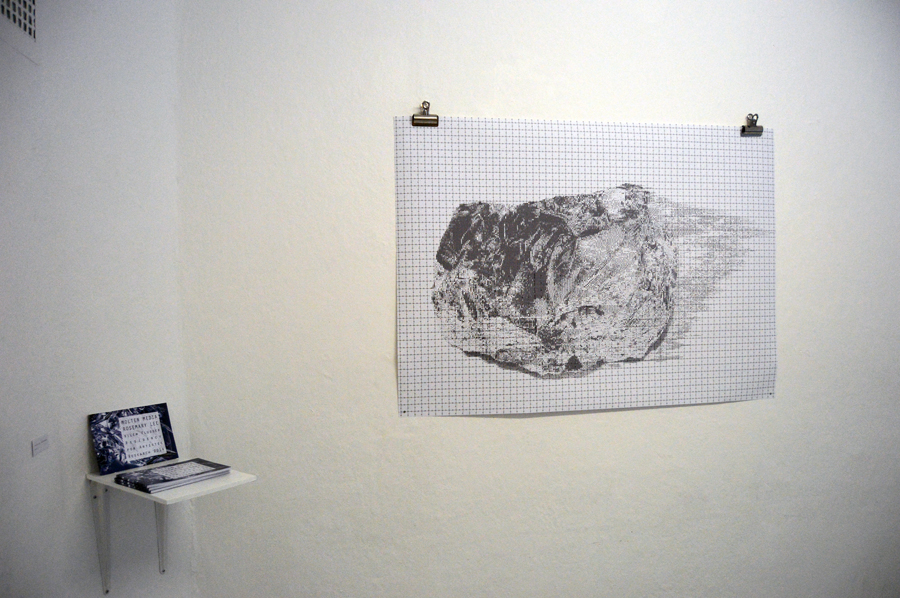 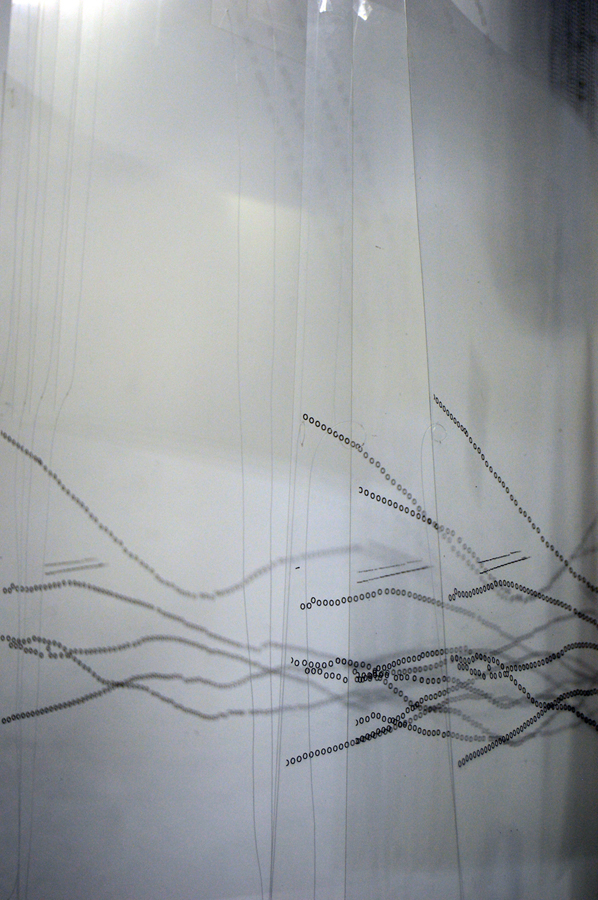 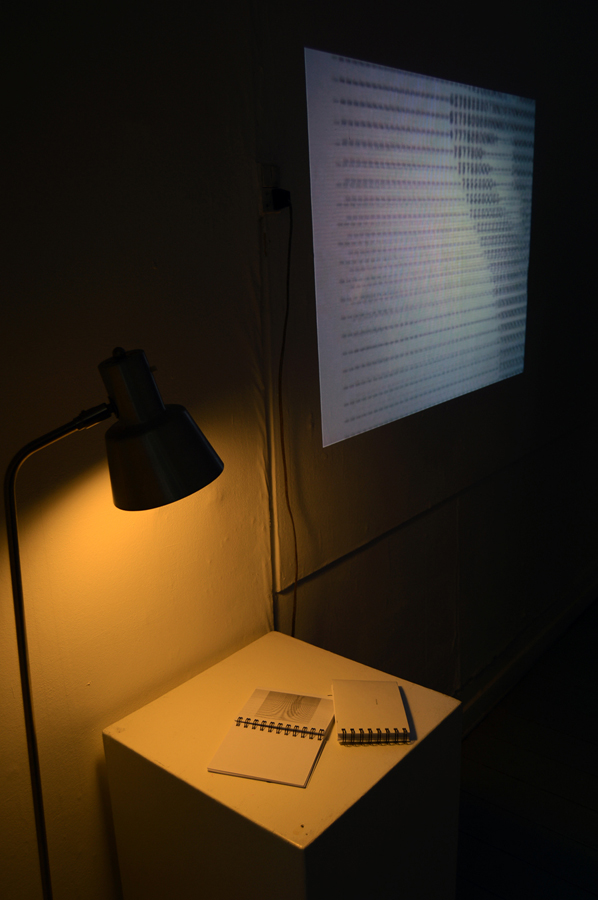 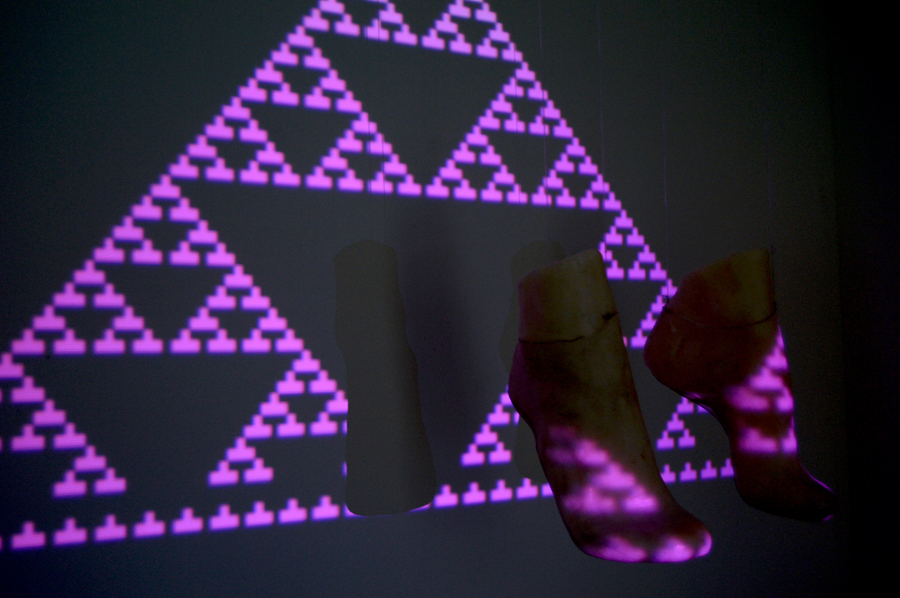 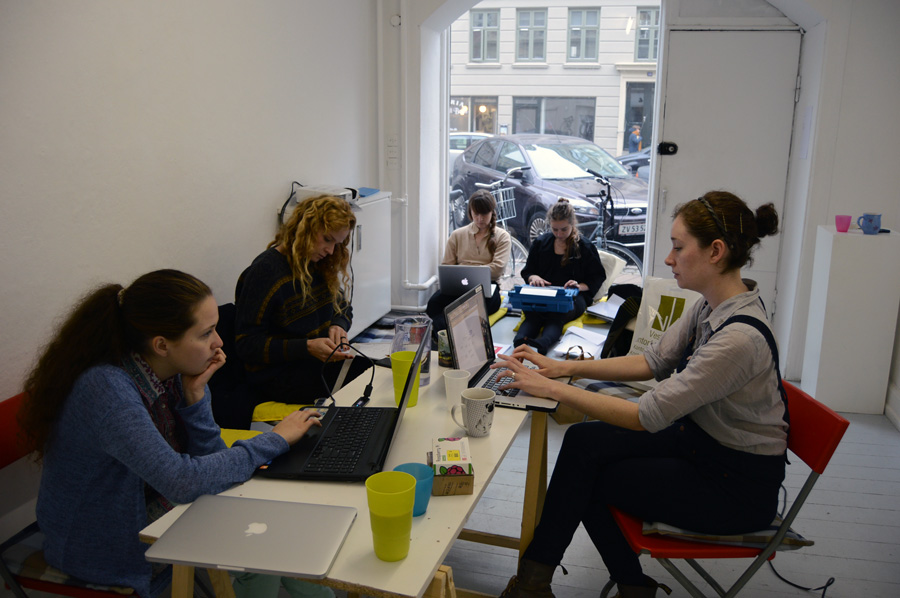 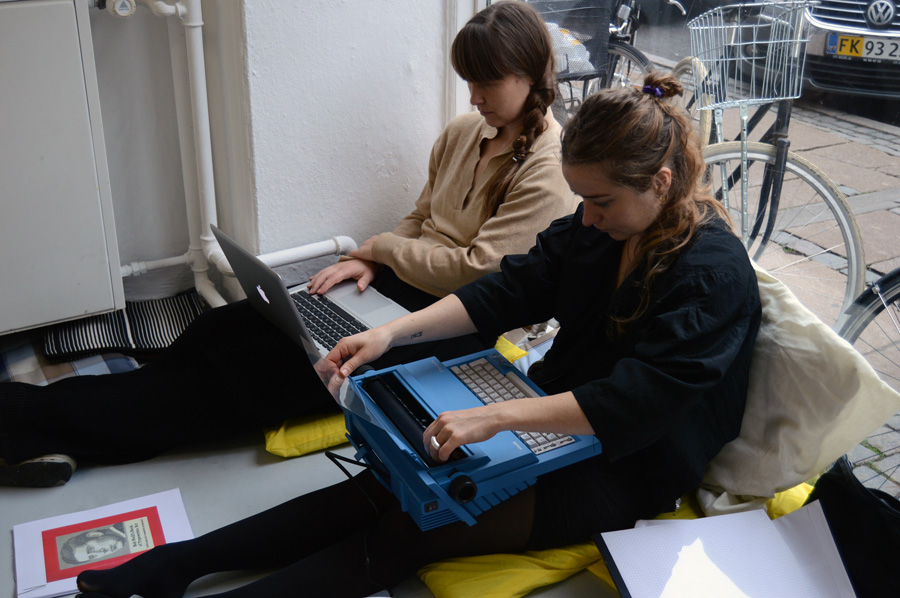