We live in a time where hardware and software become obsolete even before we have learned how to use them. KYBDslöjd is a brutalist storytelling about technology and keystrokes using Commodore 64 computer, Teletext System, and typewriters. These technologies are not souvenirs from the past. They are hard-won knowledge. They are a reminder, not for nostalgia, but for our impossibility of complete learning before they disappear into the consumerist void.

KYBDslöjd stands for keyboard dexterity. To be more precise, for drawing and crafting by typing, using just a character set.
KYBD is the acronym for keyboard, where a drawing or an animation is typed in by using different keystrokes for each mark on the screen or the paper.
The word Sloyd (Swedish, Slöjd) is derived from the Icelandic and means dexterity or skill. In old Swedish, we find the adjective slög (artistic or skillful).

In KYBDslöjd, the screen is the canvas, a rectilinear grid on which one keystroke at a time build a character-by-character imaginary. Like crafting or the typewriter technique. It is brutality itself because it reveals what it is and what it does without adornment.

KYBDslöjd has a lot of similarities with Brutalist Architecture, where the character set is used unadorned and roughcast, like concrete. Brutalism has an unfortunate reputation of evoking a raw dystopia and the C64, Teletext or typewriters evoke an “object of nostalgia”. But nostalgic‬, ‪retro‬, obsolete or ‪limited‬ are rhetoric qualities earned by constant repetition.

It is a realm of possibilities rather than an arbitrary use of aesthetics for decorative purposes. A narrative, not a wallpaper.
KYBDslöjd combines skill and technology as a challenge and quest for knowledge and imagination. An undiscovered raw force that, still, have so much to say.
A message from a language unknown. 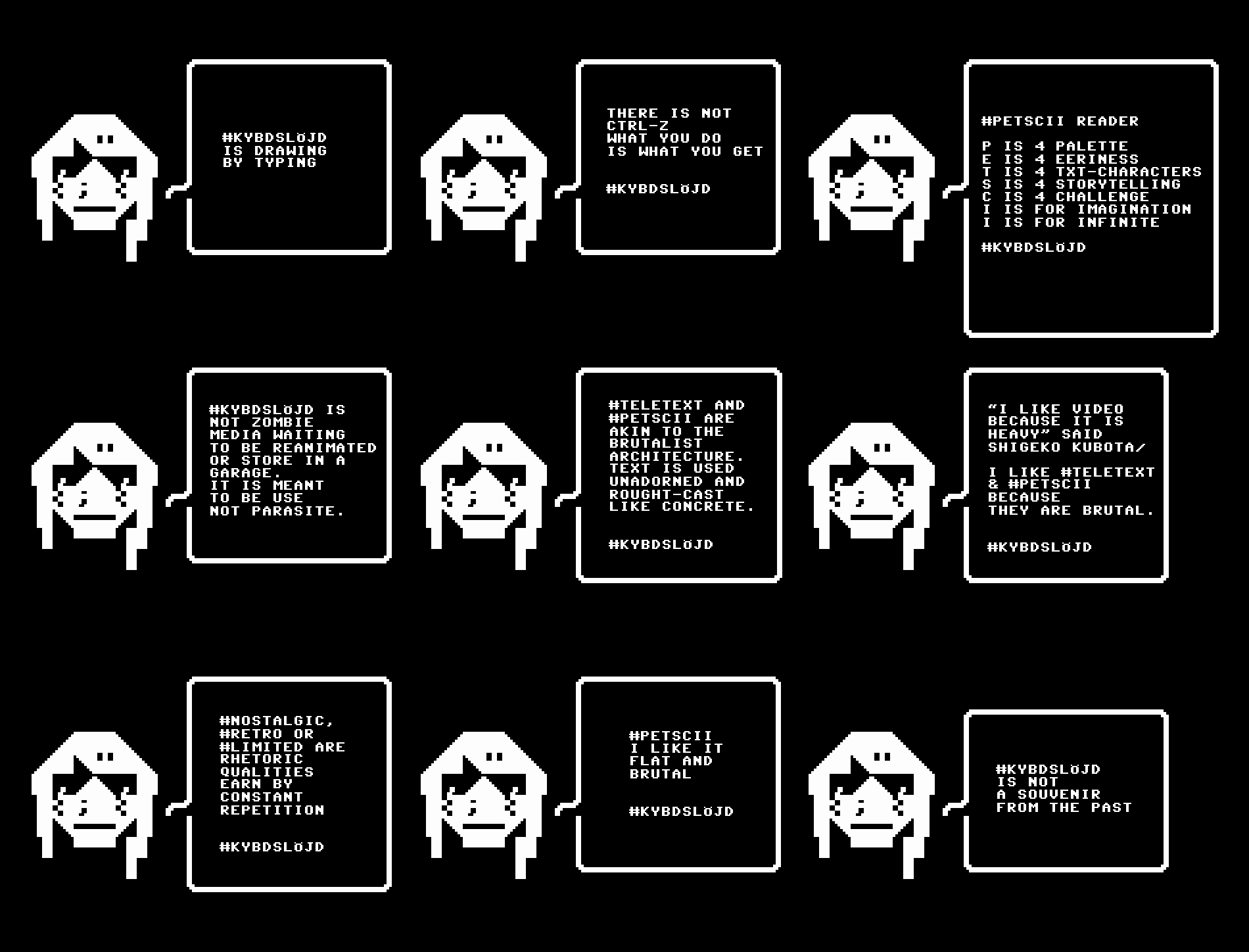