The purpose of Polybius is to explode the links between fiction and reality by encouraging a loss of senses. It builds on the urban myth about an arcade game from the 1980s (Polybius) that created a sensory and cognitive deprivation in its users. By combining line vector aesthetics with video manipulation and 8-bit technology we want to induce feelings of apophenia, amnesia and panic. The Polybius experience – Sinneslöschen (German for “sense deleting”). Polybius 2.0 wants to destroy the safe comfort zone that videogames are often associated with, creating feelings of mega reality and no escape: you either play the game or you die.

Raquel and Goto80 have previously used videogames as social metaphors with the web-game Illegal Heroes (2005). They have performed with 8-bit technologies for the past 10 years. With their backgrounds in punk rock and demoscene rather than gaming, Polybius really is an assault on your senses. 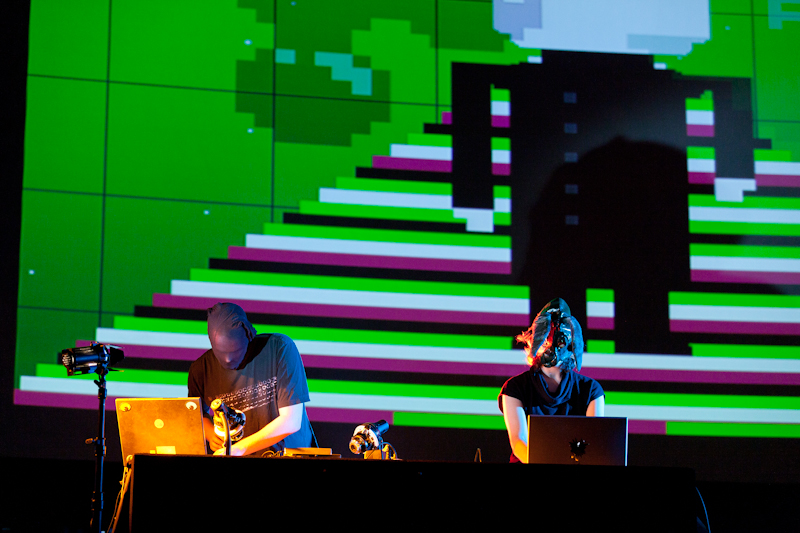 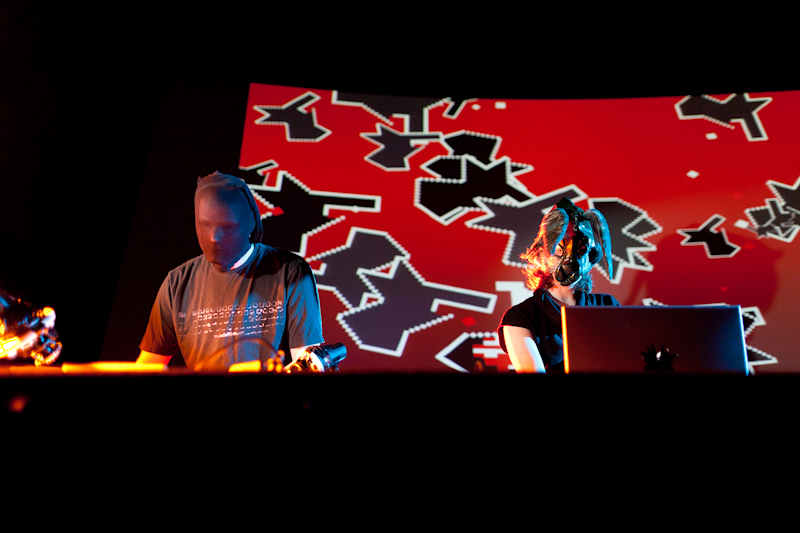 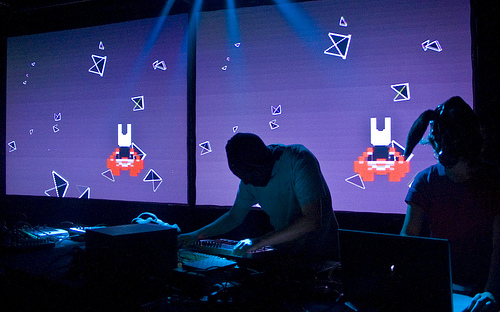 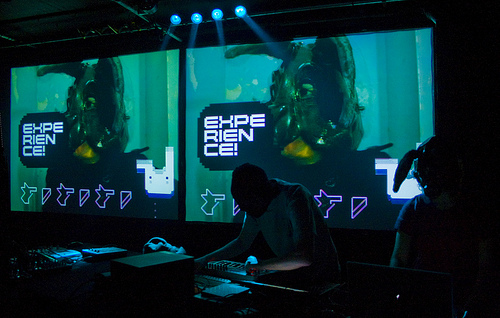