Mind the Volcano is a text-based TV-performance with a typewriter logic. All the visuals consist of text characters, based on words and images from books. The music is composed live in a text-based software, shown as a part of the visual story. Words, images and music work closely together.

Many animations are typed manually as a form of keyboard craft. The animation works symbol-by-symbol rather than frame-by-frame. As such, the stories happen between film and typewriter, like a “movie-book”. This limbo is strengthened by the eerie visual style of Raquel Meyers.

Commodore 64 is the primary medium for the performance, but it also uses teletext. Teletext is the data sidekick to the TV-signal, manifested as a transparent layer on top of the video. The graphics are specially made for this performance, using custom hardware and software by Peter Kwan.

Mind the Volcano premiered at the literature festival Textival 2012 in Göteborg, Sweden. This is the first time teletext is added, and it is most likely the first live teletext performance. 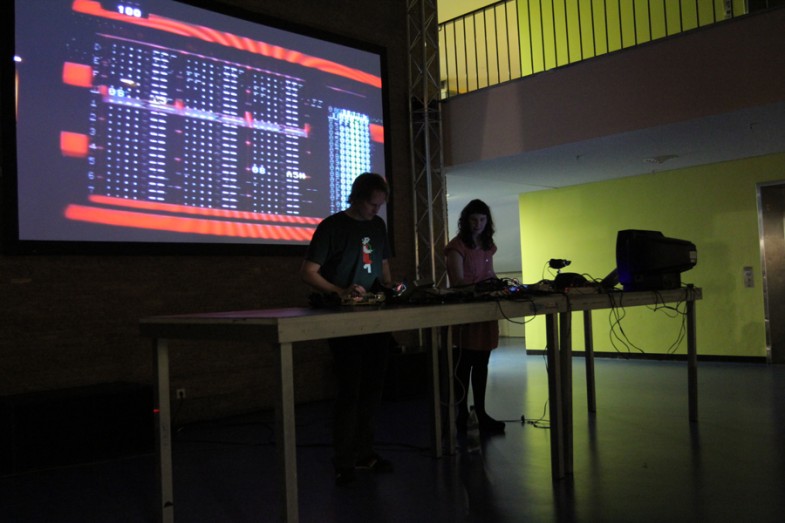 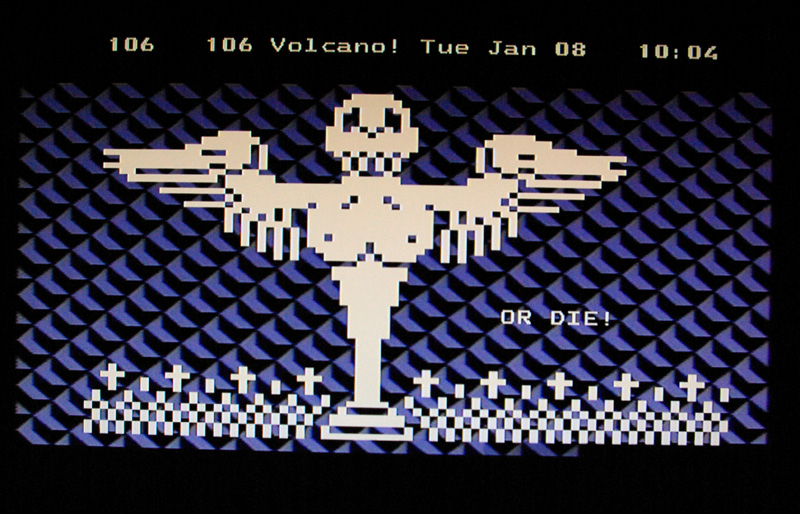