“Search the web for ‘iPhone reverse product placement’, and you will find a clip from the first ‘Sex and the City’ movie (2008), in which the character Carrie gets handed an iPhone and shrieks; “I don’t know how to work this’. Shot the year the first Apple smartphone was released, the clip overtly illustrates our current relationship to technology. Carrie was not in the know, did not understand popular technology. Left at the altar, not in control of her life, not able to master new technology. We as the viewer do want to understand how technology works, want control, not be left at the altar, and get an iPhone.

‘Problem Exists Between Keyboard And Chair’, abbreviated to PEBKAC, is an expression used in tech support culture since the mid nineties. A derogatory term for a human error being the reason for the customer to seek assistance. Abbreviated to hide the pedantic position of tech support, creating an even larger social gap between them and the unwitting human sitting on the chair. By now, PEBKAC not only emphasizes that we are no longer bound to keyboards and chairs, but rather that society until now still struggles to define its relationship with networked technology. We might not always be the human error on the chair anymore, but we still have problems engaging with technology. Commercial interest has tempted many corporations to make technology more user friendly, a process in which technological possibilities are often hurdled to improve usability and profit. Now grandparents email, bandwidth is filled with ads, and nobody knows exactly how algorithms analyze our behavior. Perhaps the problem is sittinag on another chair, programming our technological culture to be the capitalist cultural environment it is today. And we should go back to the recent roots to research our relationship with tech. Go poetic, forensic, anthropologic, spiritual, basic. In any case, it will remain PEBKAC- In My Honest Opinion.” (Constant Dullaart)

Nostalgic‬, ‪retro‬, obsolete or ‪limited‬ are rhetoric qualities earn by constant repetition. This is the terrible fate of ‘Fingers Of Doom’, a type in animation made on Commodore 64 and built character by character rather than frame by frame. Text is used unadorned and rought-cast, like concrete. ‘Fingers of Doom’ is a brutalist storytelling about technology. A raw Imaginary in favor of a new understanding. A place for revealing instead of burying. Technology as knowledge of a skillful or artful use and not as zombies hiding in garages waiting to be reanimated or parasited. 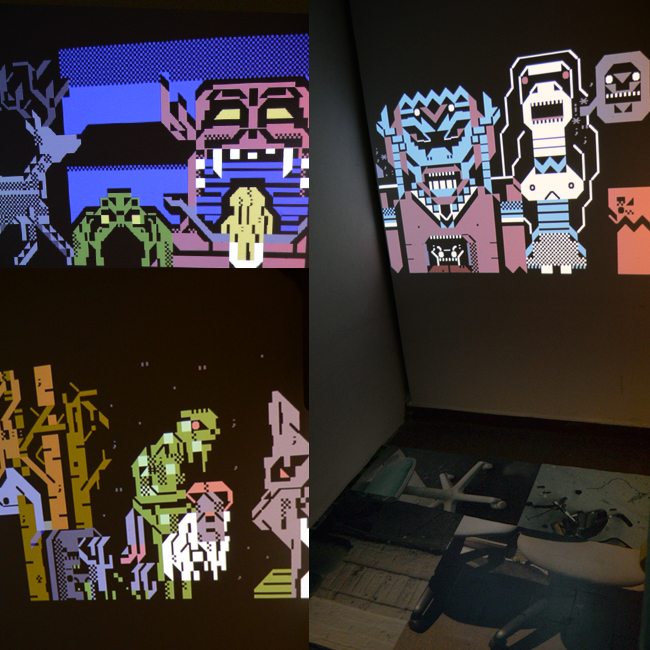 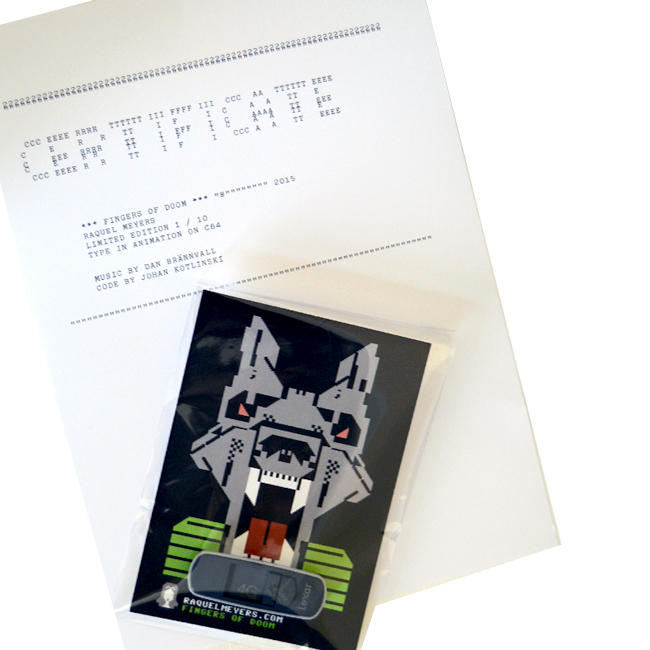 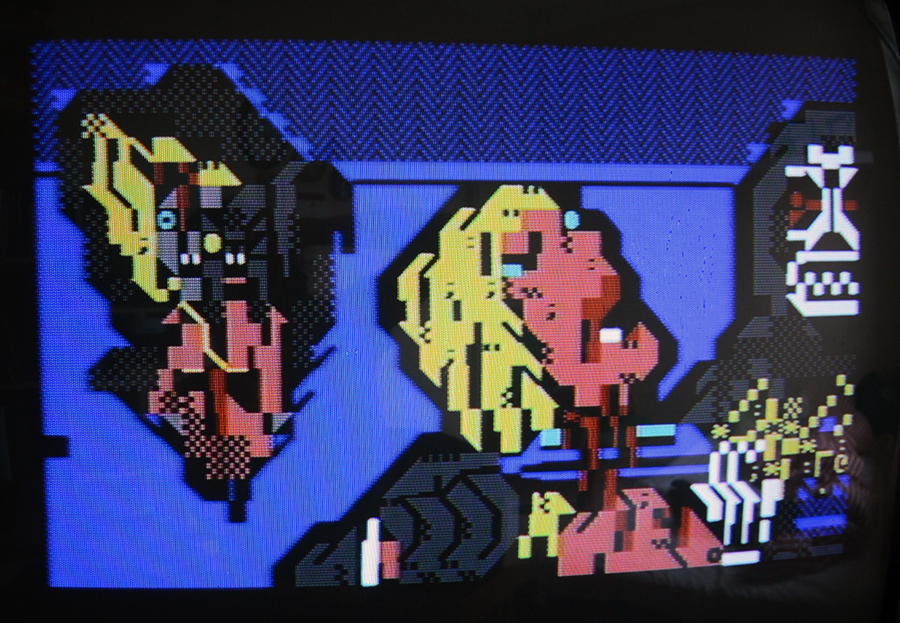