Teletext Art Achievement Award to artist Raquel Meyers (SWE).
Raquel Meyers was rewarded for her highly elaborated and unique style of her own; her outstanding technical expertise and ability of storytelling through the teletext format. The jury acknowledged especially how teletext art plays an integral role of her overall artistic work including embroidery and old computer technologies. 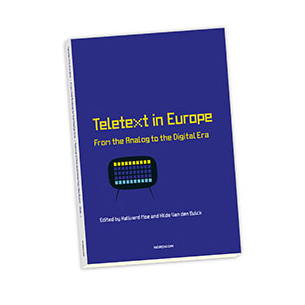 The festival opens on August 15th in Berlin at the ARD Hauptstadtstudio exhibition space were the ITAF works will be displayed untill the 15th September and continues in Filmkunstbar Fitzcarraldo with some program. The following day ITAF continues with a Teletext Cocktailparty in Musterzimmer Showroom for Contemporary Art. ITAF2013 will also be in the program of Ars Electronica Festival , Linz, Austria, 5.9.-9.9.2013

Honorary mention to Raquel Meyers for her “The journey of the sun” image series in which she shows how the low-res Teletext technology can be employed for storytelling.