FULL SCREEN celebrates the evolution of the screen in its most extreme developments. Soon screens will disappear from physical view and will be replaced by laser light projected directly into the eye’s retina. Pixels crammed into a rectangle will soon be considered history just as a medium like oil painting is history today. For this exhibition, twelve internationally renowned artists have produced screen-based artwork to be shown on the screens of 12 small smart watches and one large LED screen. Now is the time to go FULL SCREEN!

Raquel Meyers follows a very unique way to create her carpet woven like digital animations. She draws her colorful geometric tableaus ‘by hand’ in typewriter mode on a classic Commodore C64, which was a popular personal computer from the 1980′s. With a system of old software and the special character format PETSSCI (similar to ASCII), one can follow Meyers ‘live’ as she unfolds the amusing play animation of Aztec Ballad. With great speed, the cursor moves over the drawing on screen, changing and rearranging symbol by symbol. “I call it “keyboardslöjd” which means drawing/crafting by typing. It’s a mix between traditional techniques like embroidery and typewriting. Basically, you have to type everything in one go and then save it. There is no load function, no copy paste, and no undo.” 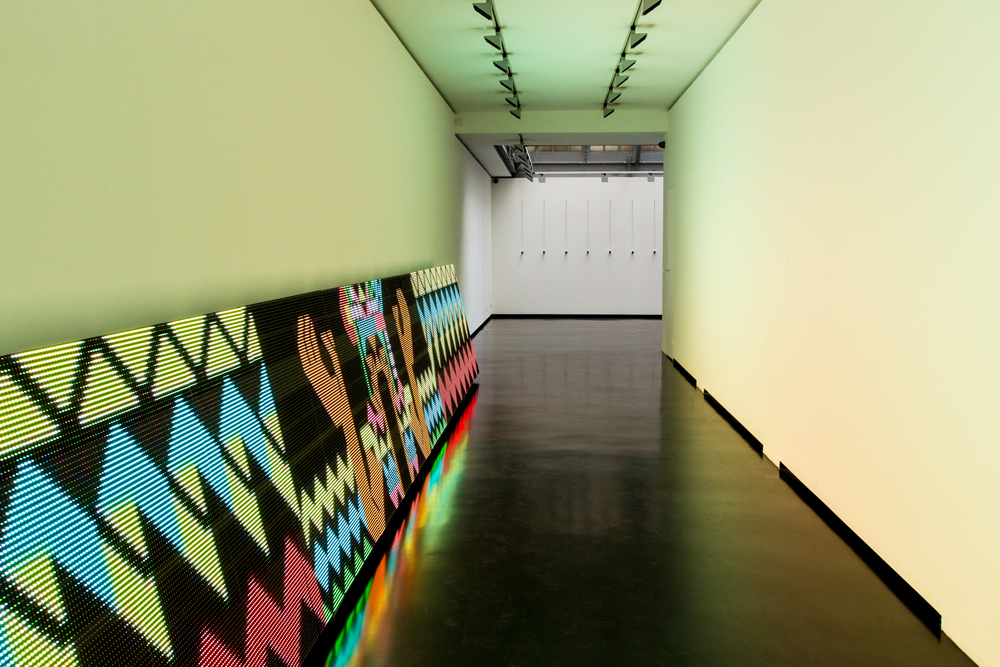 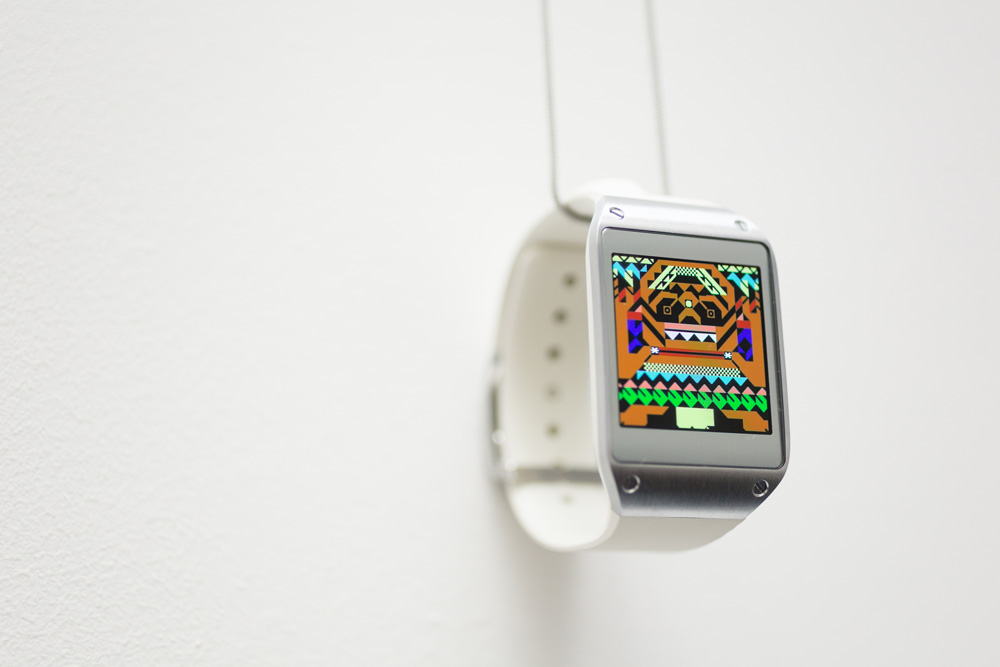 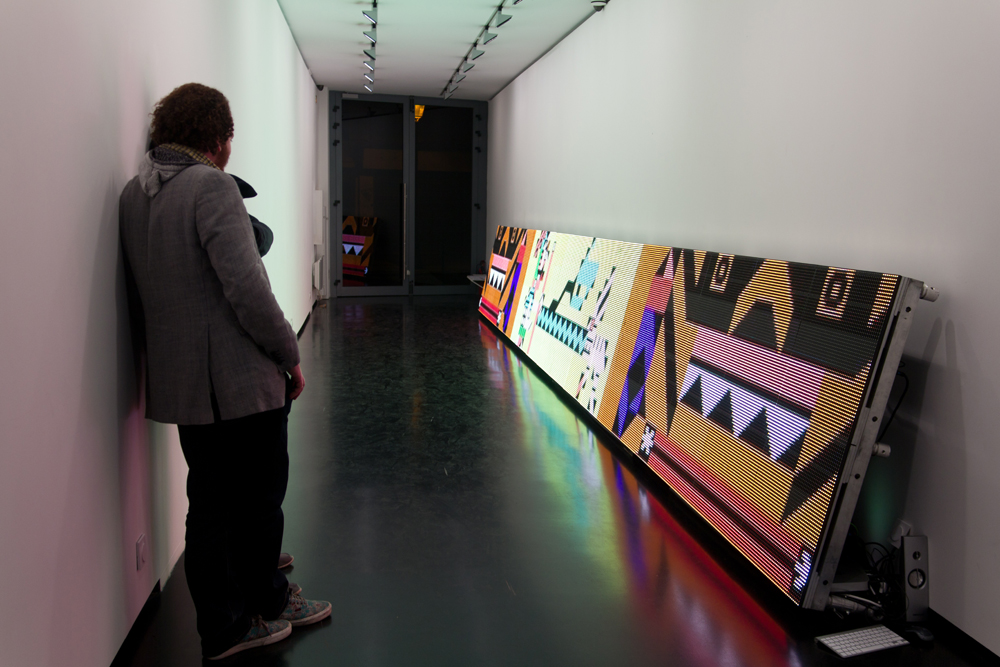 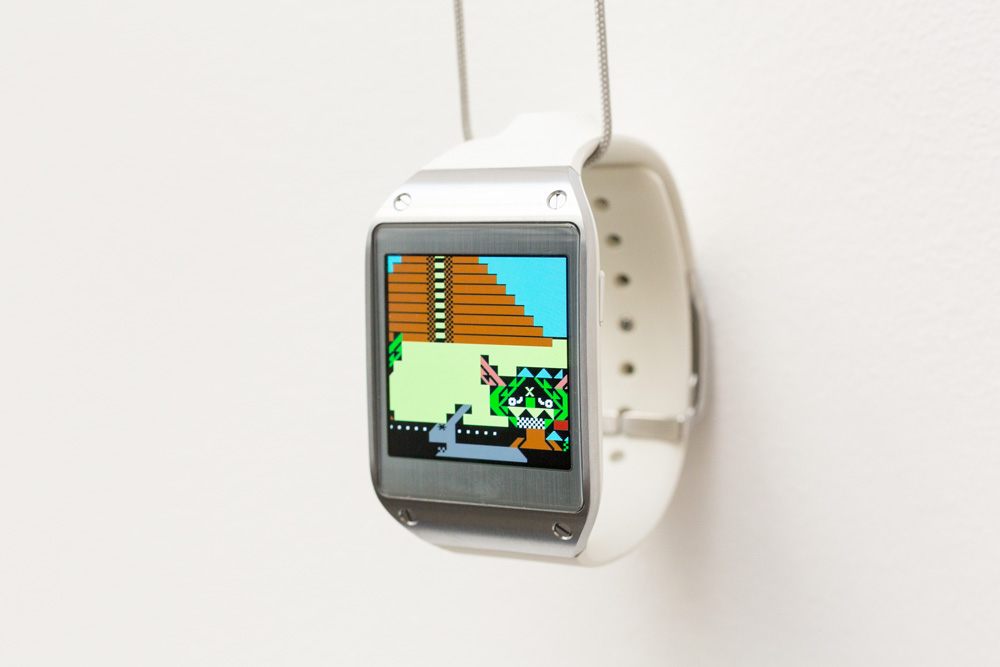