Denver Digerati’s program presented inside Meow Wolf’s Orpheum Theatre begins with The Blank Page, by artist Jake Fried, in an ode to the hand-drawn techniques at the core of animation prior to digital tools entering the scene. Fried’s choice to utilize a black and white palette further suggests the roots of illustration, exemplified perfectly in this delirious short. As artists evolved into using digital tools for drawing and motion design, new aesthetics and ways of telling stories developed. Color allows for advanced levels of expression and visual pleasure, as seen in Cyan Tornatzky’s contemplative animation, Where I am when I’m not with you. Raquel Meyers fully embraces the retro aspect of computer graphics influenced by outdated commodore computers and video games. Her piece, Inattention, brings retro aesthetics into the here and now with brilliant effect through kinetic storytelling angles. Jeremy Couillard traded his paint brushes for digital tools long ago and embraced gaming engines as a path towards animating ideas. With Taxus Brevifolia, Couillard flaunts dual modalities as a philosophical storyteller and master of the weird. Cassie Shao exhibits great success in her mixed-media approach blending hand-drawn illustration and painting with digital techniques. Shao’s animation entitled Synched delivers an entrancing display of a digital dexterity and creative construction that personifies the Meow Wolf vibe and beyond. Milton Croissant III’s stimulating and radically offbeat animations might riff on the past, engage the present, or look towards the future, all with the greatest panache. Commissioned by Denver Digerati in 2013, Rec Room remains one of the keystones of the organization’s roots and the artist’s legacy as a DIY scene pioneer. John Butler maintains a position as the world’s most fully realized and ambitious master of digital animation. People Should Work showcases Butler’s singular vision, caustic wit and ultimate concern for humanity, which reads like a crystal ball envisioning an inescapable future defined equally by bliss and dread. Eli Ayres defines his practice as commotion design, an apt term for an emerging artist with boundless creativity in wielding tech-based tools. Ayres’ Biopolitics of Sizzurp serves as a grand crescendo of what is possible when the imagination is unleashed with few constraints. Concluding our reel is a grounding and contemplative passage provided by Heather Crank’s luminous Satellite. Crank’s work allows for reflection in a serene space that has equal room for calm and visual bliss. 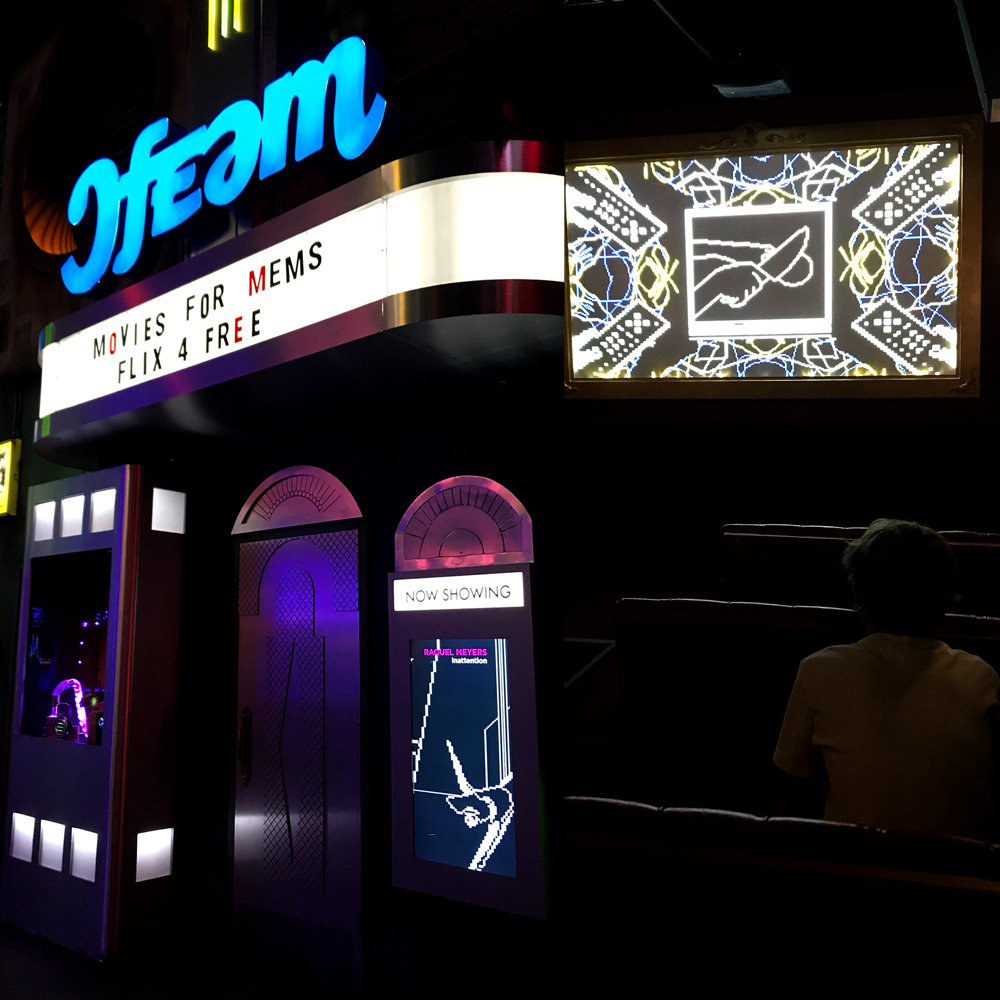