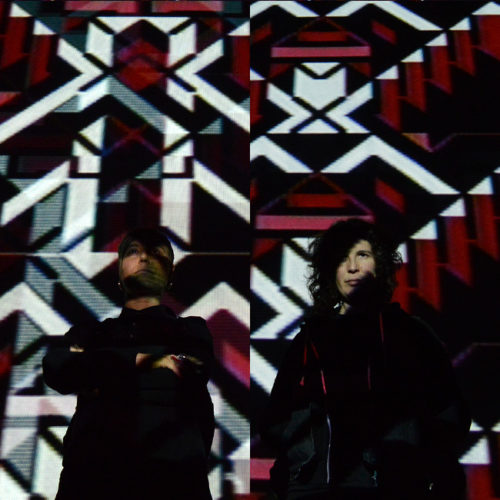 BRUTASLISTAS is the name of the collaborative project between the swedish composer and performer Alexandra Nilsson and the spanish media artist Raquel Meyers. 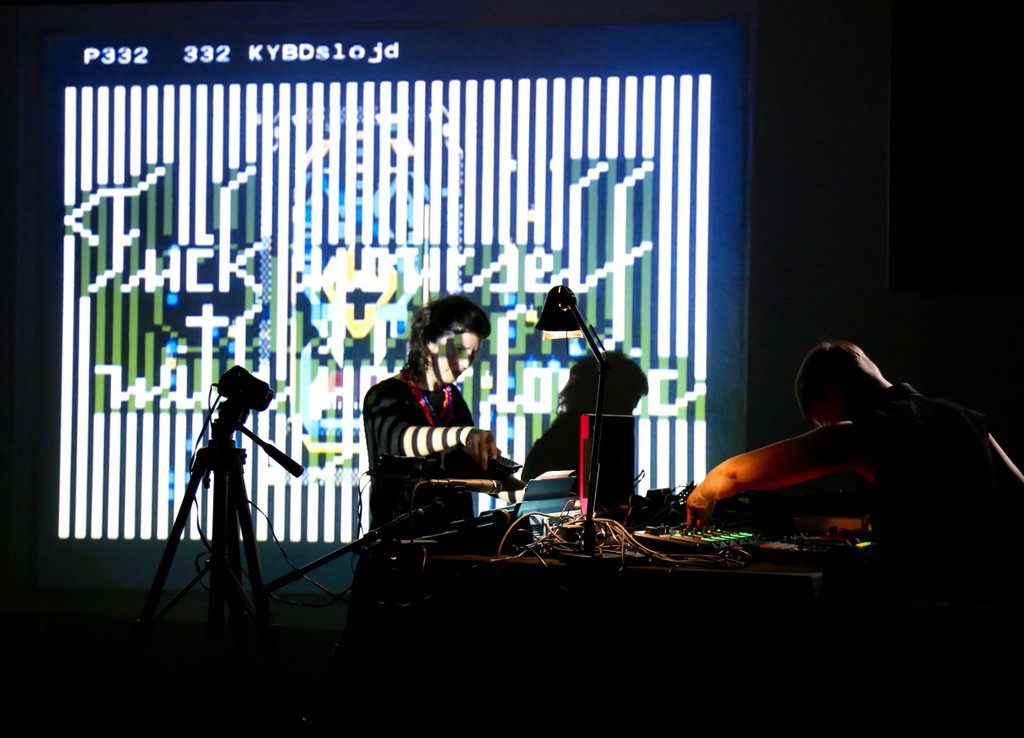 17th June 2016 / synæsthesia @ Fylkingen, Stockholm, SE
A selection of audiovisual performances working with a continuous feedback between what is sonic and what is optic
Ozog / Knysak (POL) – BRUTASLISTAS (ES / SE) – xname (IT / UK)

BRUTASLISTAS – Noise my TXT
A live performance where motion and sound are created from scratch just by Type In with a keyboard. The grid is the framework and the text characters are the instructions. A complete method of craft stored in text who uses a Commodore C64, a Typewriter and a Teletext (Text-tv) Service. Text is used unadorned and rough-cast, like concrete. A brutalist storytelling about technology. The project was premiered at ‘net based @ HeK – House of Electronic Arts’, Basel, in March 2016. BRUTASLISTAS are Raquel Meyers (ES) and Alexandra Nilsson (SE) who started their collaboration in 2015 after having played together at Ϟ ELEKTRANATTEN Ϟ in Malmö. The first result of this collaboration was ‘Machete al Machote’, premiered at VINDÖGA Festival, a live performance with real time processed trumpet, electronics and PETSCII visuals. Noise my TXT is their latest project, focusing on real time typing and processing. 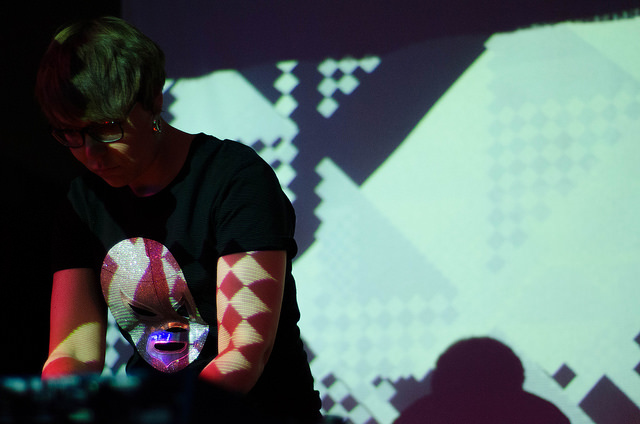