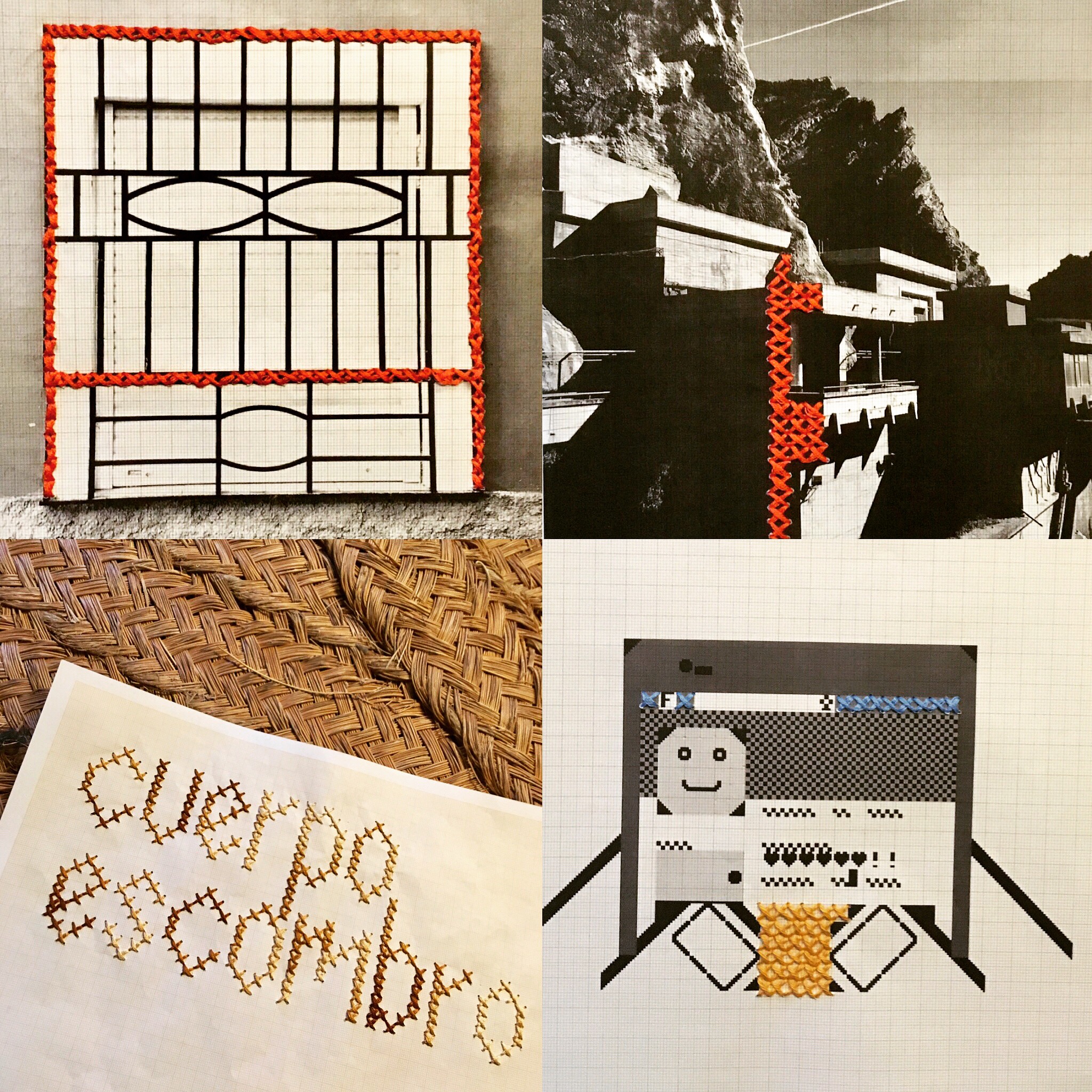 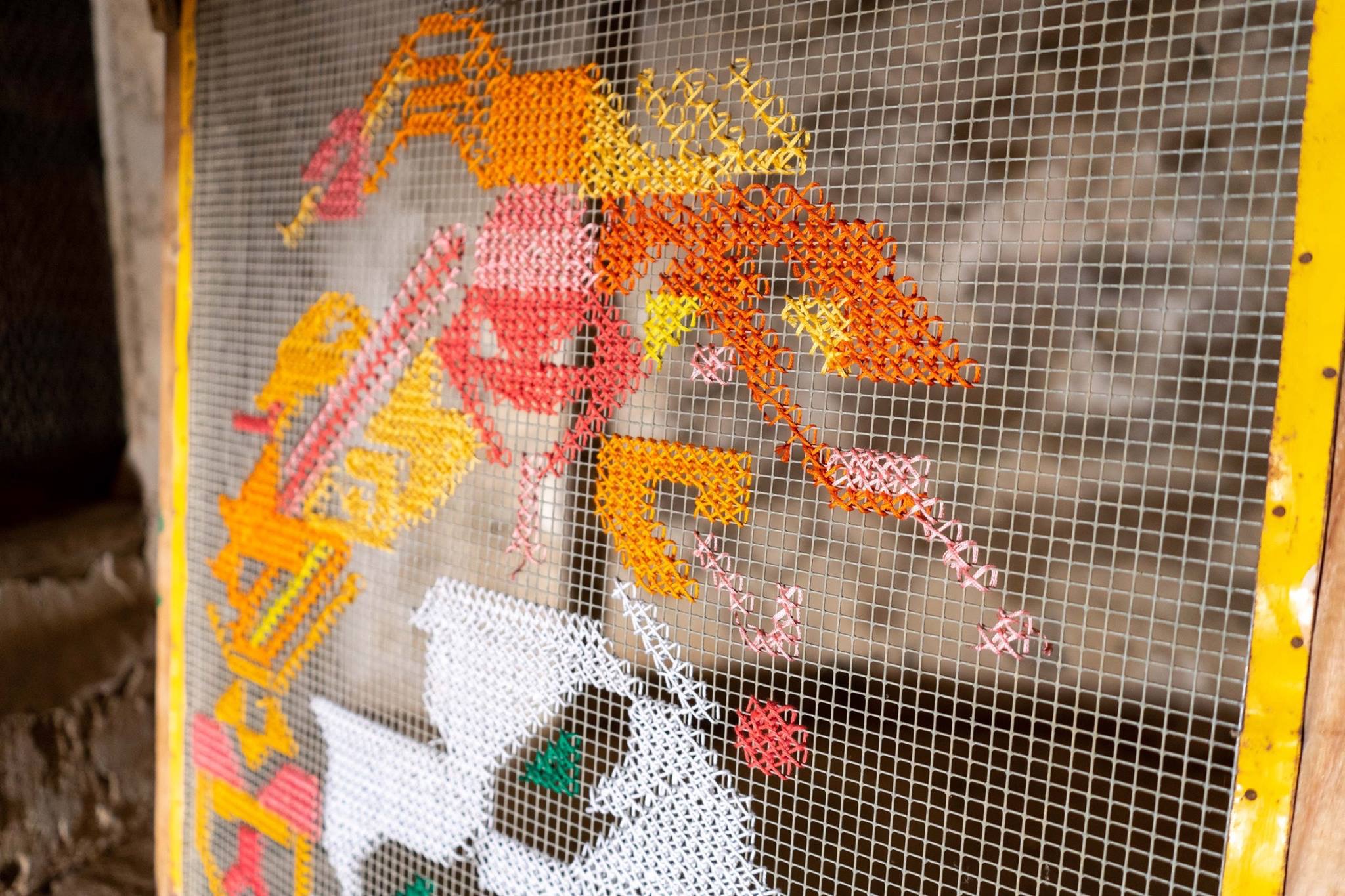 During her residency Raquel has translated her KYBDslöjd practice into analogue methods, drawing parallels between her digital work and embroidery, mosaic and brutalist architecture. Her work is built on principles of economy of construction and playfulness with the redundancy of elements. The Xs in embroidery and the tiles of a mosaic are also examples of this economical method of construction; with a single character we can build everything we want without falling into excess. Like Brutalist architecture, these processes reveal themselves without adornment, capturing the spirit and contradictions of their time and contemporary context.

Finding rectilinear structures in Blanca’s built environment she has used them as a grid for embroidery. She began by translating her image of  Gorgon (medusa) from PETSCII (C64) to cross-stitch, working directly on a frame of chicken wire. Then, photographing Blanca’s streets, she used the structures she found as elements from which to construct a “brutalist embroidery”.

LANDSCII (PETSCII Mosaic on the Land), is titled as a play on words between PETSCII (ASCII for the Commodore 64) and Land art, from which she inherits the desire to “leave no trace”. The mosaic pieces are arranged in an ephemeral and ritualistic way in the context of a landscape.

She explores how these crafts and technologies evoke a sense of obsolescence through constant repetition, yet through this same repetition they transcend nostalgia, becoming a brutal language, a tacit form of knowledge with no immediate satisfaction or gratifying closure.  Raquel’s role in her process becomes that of an artisan and a secretary entrusted with this secret code, practicing an open-ended form of defiance against reassurance, boredom and simplicity.